Are the benefit cuts fair?

So many cuts are being made to benefits this month that many people are calling it ‘Black April’ and predicting that the welfare state will never be the same.

Of course, lots of people think cutting benefits is a good idea. They’d rather do that than do real work like put up taxes, chase after tax dodgers or close loopholes. But then, they’re usually people lucky enough not to have to rely on the safety net that benefits provide. And they usually have no idea how little most claimants receive and how difficult it is to make ends meet, especially if – like us – you live in central London. So good in so many ways, so expensive if you’re poor! 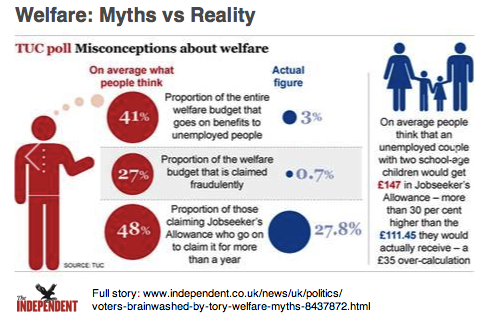 Moving on to the bedroom tax.

People on the waiting list need to be housed – and building more homes is how you do that, not by turfing other people out of their homes.

On this estate, a private one-bed tenancy costs more than three times that of one of Hyde’s two or three bed flats. The best way to reduce the housing benefit bill is to cap rents, not rooms!

Rented homes play a key role in providing affordable housing, and the current shortage of social housing creates many problems:

There’s lots of other myths and lies going the rounds about benefits. In case you missed this piece from The Guardian earlier this April, here’s some more debunking. 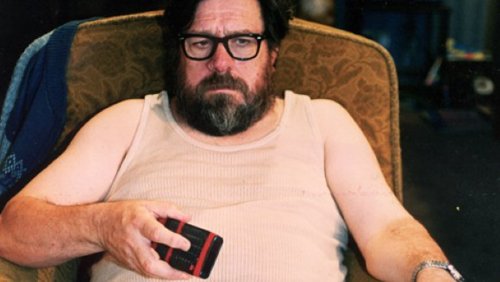 The actor, Ricky Tomlinson, famous for his role as Jim Royle in the Royle Family, spells them out better than we can!

“Has Jim Royle parked his chair, feet up, telly on, in the corridors between the Treasury and the Department for Work and Pensions? Employing him as adviser can be the only explanation for the utter rubbish that boils forth from this government on welfare.

Who else could have dreamed up the bedroom tax, a policy so stupid it forces people to leave their homes and drag themselves around the country in search of non-existent one-bedroom flats?

That one has to be the result of too many hours in front of Jeremy Kyle (no offence) with the heating on full and a can of super-strength lager. It seems as if that is how this government views ordinary people: feckless and useless – poor, because they brought it on themselves, deliberately.

Maybe the cabinet is confused. Twenty-three millionaires in the one room can get like that. But do you know what, enough. Let’s call this government’s welfare policy what it is – wrong, nasty and dishonest.

Off the top of my head, I can list 10 porkies they are spinning to justify the latest stage of their attack on our 70-year-old welfare state.

1. Benefits are too generous

Really? Could you live on £53 a week as Iain Duncan Smith is claiming he could if he had to? Then imagine handing back 14% of this because the government deems you have a “spare room”. Could you find the money to pay towards council tax and still afford to eat at the end of the week?

2. Benefits are going up

They’re not. A 1% “uprating” cap is really a cut. Inflation is at least 2.7% . Essentials like food, fuel and transport are all up by at least that, in many cases far more. Benefits are quickly falling behind the cost of living.

3. Jobs are out there, if people look

Where? Unemployment rose last month and is at 2.5 million, with one million youngsters out of work. When Costa Coffee advertised eight jobs, 1,701 applied.

Yes it will. Perhaps most cruel of all, the tax will not apply to foster families who look after one kid. If you foster siblings, then tough. But these kids are often the hardest to place. Thanks to George Osborne and IDS, their chances just got worse. And even if your son or daughter is in barracks in Afghanistan, then don’t expect peace of mind as the government still has to come clean on plans for their bedroom.

Really, where? Councils sold their properties – and Osborne wants them to sell what’s left. Housing associations built for families. In Hull, there are 5,500 people told to chase 70 one-bedroom properties.

6. Housing benefit is the problem

In fact it’s rental costs. Private rents shot up by an average of £300 last year. No wonder 5 million people need housing benefits, but they don’t keep a penny. It all goes to landlords.

7. Claimants are pulling a fast one

No. Less than 1% of the welfare budget is lost to fraud. But tax avoidance and evasion is estimated to run to £120bn.

An easy target. Yet only 2% of single mums are teenagers. And most single mums, at least 59%, work.

9. We’re doing this for the next generation

No you’re not. The government’s admitted at least 200,000 more children will be pushed deeper into poverty because of the welfare changes.

Wrong. The attack on our welfare state is hitting a whole range of services – privatising the NHS, winding up legal aid for people in debt and closing SureStart centres and libraries. All this will make life poorer for every community.

Some call these myths. I call them lies. We are being told lies about who caused this crisis and lied to about the best way out of it. But I know one thing to be true: this government’s policies will make millions of people poorer and more afraid. To do that when you do not have to, when there are other options, is obscene.”